Babylon, and the Babylonian Language

Babylon was founded sometime before 2300 BC, it is located roughly 60 miles south-west of the present-day city of Baghdad. It is believed that the name Babylon came from the Babylonian language, bav-ilim, which means Gate of the God(s). Indeed, at least in later times, there were gates build in honor of the gods, as was Ishtar Gate, built by Nabuchadnezzar II circa 620BC. The city of Babylon at that time occupied about 2,200 acres of land! 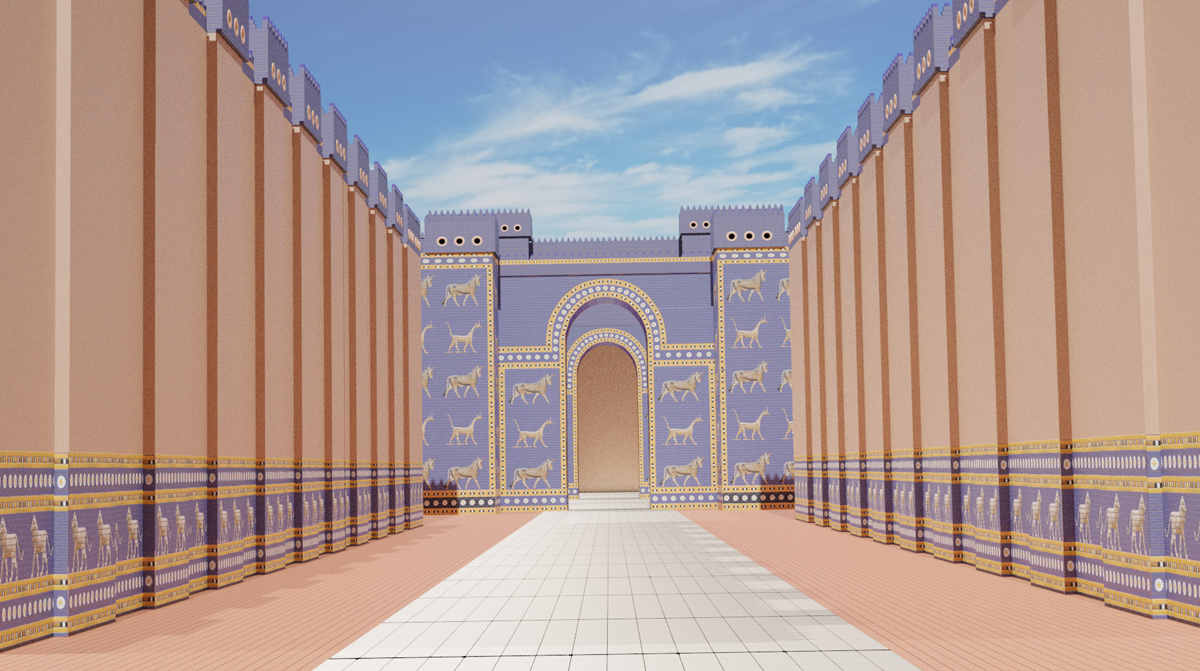 Ishtar Gate, as depicted above, was created by Nebuchadnezzar's craftsmen circa 575 BC, it was one of a total of eight gates in Babylon, it is said also that the Hanging Gardens were built in Babylon also, Herodotus mentions that they used lead as a sealant to prevent water from the upper stages from trickling through from the top floors of it to the bottom, and I am wondering, hey, archeologists . . . . if one of you happens to be reading this, the lead thing is a dead giveaway ... if you want to find these hanging gardens, have a chemist test the soil for lead! 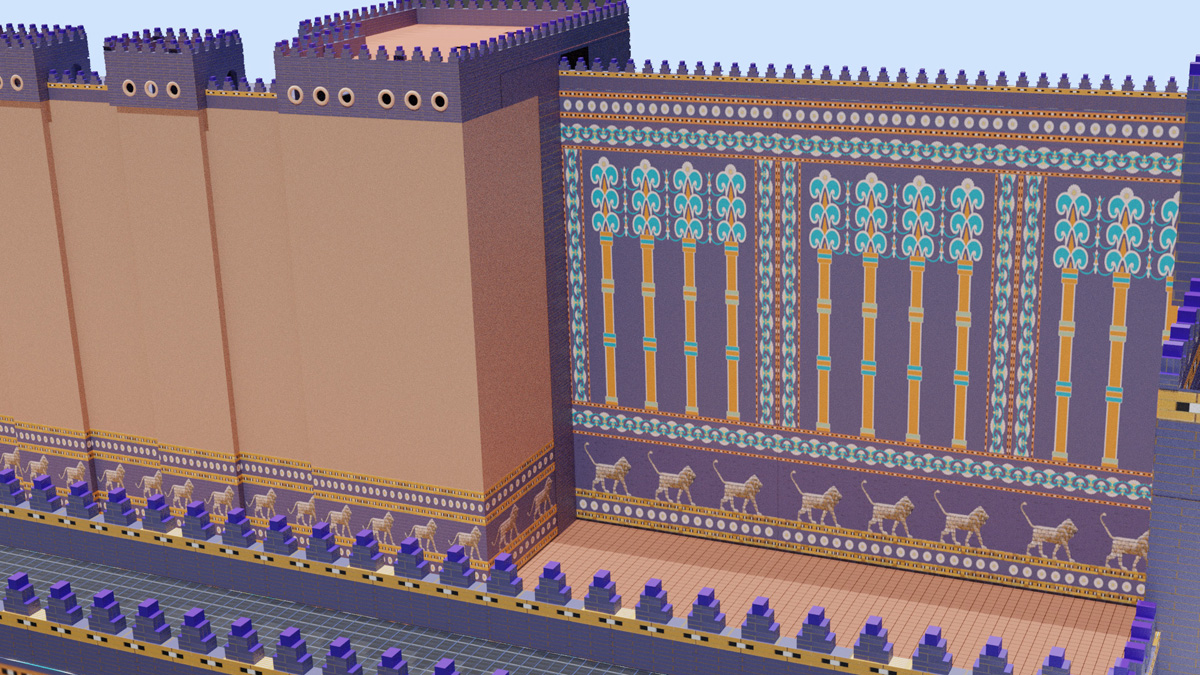 The Ishtar Gate of course, was named after the Goddess Ishtar, who seems to have been initially refered to by the Summerians as Inanna, Inanna was the goddess of love, sensuality, fertility, and war. Ishtar, is seems, is the first known deity for which we have any written records, and was worshiped for thousands of years! Ishtar was associated with the planet Venus, so she must have been really hot! If you read through Ishtar's Descent to the Netherworld, you will find what appears to have been her descent into what the Ancient Greeks referred to as Hades, the place where the dead go when they die.

The purpose of Ishtar's descent was to obtain the waters of life and revive her bridegroom Tammuz. You can find a more in depth description of this event in The Descent of Ishtar.

In my wanderings through various sources, I was initially led to believe that the language of Babylon was Akkadian, now a dead language, although a well deciphered and understood language . . . . but eventually I stumbled across something a bit deeper than just that and lo . . . . It was not Akkadian . . . . it was Babylonian! Akkadian is a generalization, but I am getting ahead of myself here. Babylonian is the genuine language spoken by those who lived in Babylon, and Assyrian was spoken by those to the north of Babylon . . . . the two languages, Babylonian and Assyrian are very similar, and are often referred to as Akkadian in that respect! As a book by Martin Worthington Complete Babylonian, states, understanding Babylonian is about 90% of the way toward understanding Assyrian. Babylon was no small city, circa 600 BC is consisted of 2,200 acres of land. Speaking of Martin Worthington and his book Complete Babylonian, you can find the first edition online at 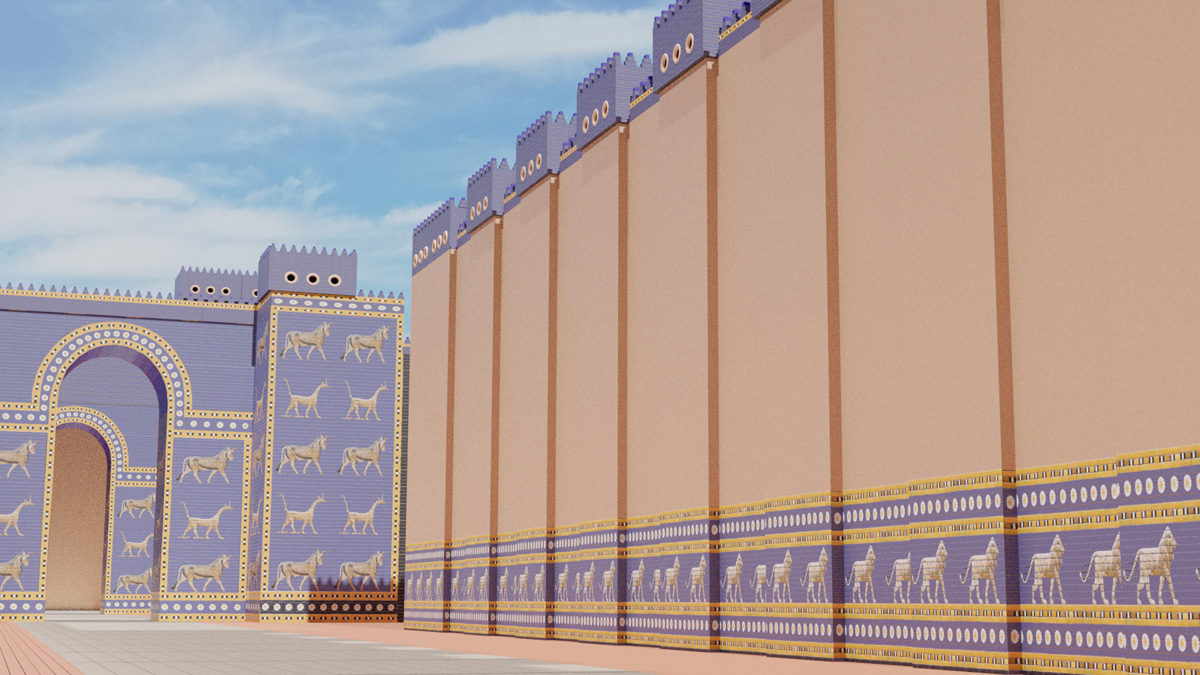 So let's wander some more from our daily musings and consider another interesting tidbit. Atrahasis . . . . Atra-Hasis is a Babylonian myth, (or you could say Akkadian myth, whichever you prefer) with Atrahasis as the main character . . . from the 18th century BC . . . . so that puts it at roughly 3,800 years ago. This story came down to us from writing on clay tablets. Atrahasis also meaning - exceedingly wise, and was said to have been one of the rulers of the city of Shuruppak. (Shuruppak in itself is a very ancient and interesting subject, but I will not diverge here.) So Atra-Hasis starts with a myth of the creation of man, pre-dated by three Sumerian gods:

Initially, there were dingirs (minor divine beings) to do farm labor, maintain the rivers and canals. But these being some form of divine, rebelled against such labor, and as a result, humans were created to do this work. As population increases, Enlil, the god of earth sends famine and drought in intervals of 1200 years. Eventually, Enlil secretly decides to destroy humans by flooding them out, and tells Enki of his plan making sure he was sworn to secrecy first. Enki however, being the good and decent god he was, breaks with the oath, and tells Atrahasis of this plan by speaking through a reed wall to him. He advises Atrahasis to build a boat with upper and lower decks, sealed with bitumen. With his family and animals aboard, he seals the door, and the storm and flood does as Enlil bidded it, destroying humans, all save Atrahasis and his family. After seven days, the flooding has ended. When Enlil discovers the deception, he is angry with Enlil, but eventually they agree to use other means for controlling human population. The Epic of Gilgamesh was written after this account, and used the name Utnapishtim rather than Atrahasis. 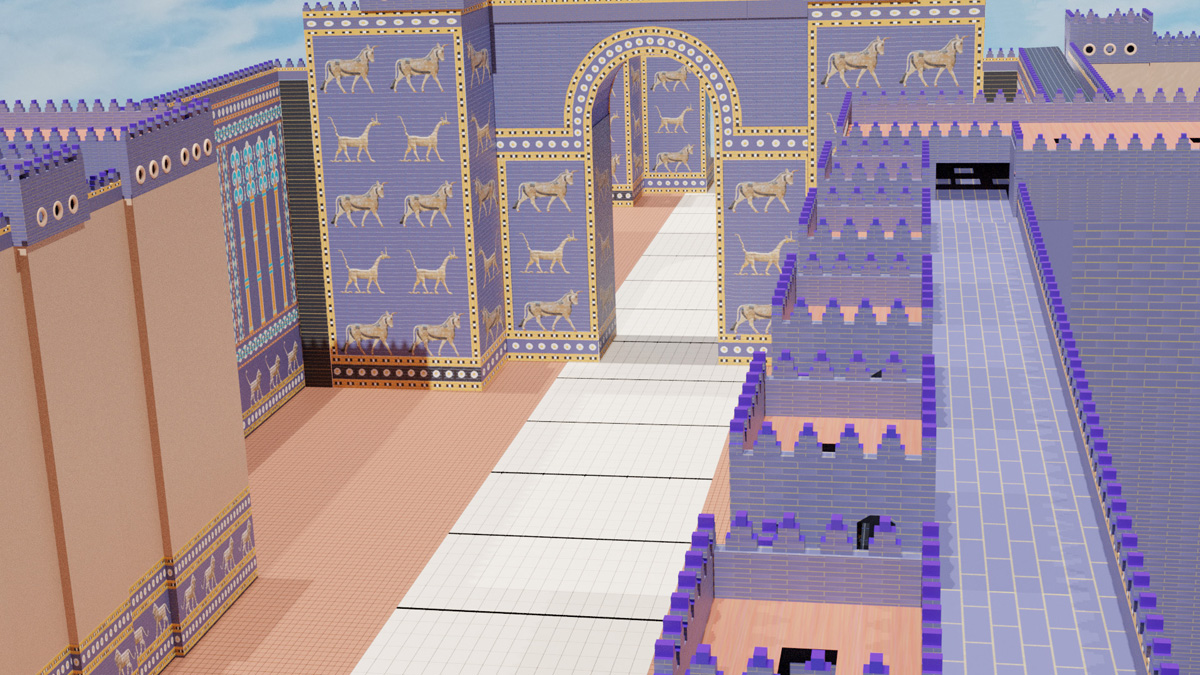